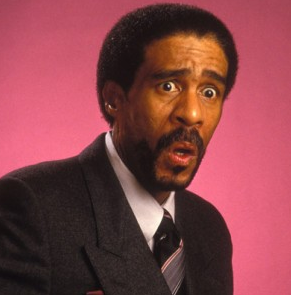 When the new iPhone 5 came out, I decided to try Verizon. I had been with AT&T from before the release of the iPhone, back when I was a Blackberry devotee. The fact that it was the only GSM network in the US meant I could take my phone anywhere and just switch out the SIM card. Or roam if I were on some lavish corporate account.  However, the quality of AT&T’s network was always its weakest point. When I actually did switch out the SIM in England, the call quality jumped to near landline proportions. Which was surreal to say the least. But back home in San Francisco, I had dead spots in my loft. Including my entire bedroom. In order to get a signal there, I bought, for $150, an AT&T microcell to piggyback the cellular connection over my own broadband connection. This parasitic solution gave me a signal 50% of the time, with a fatal transition between cells.

Thus, AT&T had done nothing to engender any loyalty in me. At the same time, I wasn’t really itching to switch to Verizon either. Frankly, I’m not a huge fan of any of these monolithic telecom providers, as you might infer from any number of anti-Comcast articles I’ve written here.  I’d been on Sprint and T-Mobile in the prehistoric past, and never had a positive user or customer service experience with any of them. This impression became magnified in the 5.5 hour odyssey I incurred in doing this switch now. Granted I complicated this situation myself, but I only accept 5% of the overall responsibility for that cluster@#$%. But I’m really not in the mood to explain that. Trust me, you don’t want to read it, either. You’ll want to shoot yourself. It’s the sum of every single customer service finger-pointing nightmare our modern lives suffer through. But no, I’m not going there. At least not today.

But getting back to the decision to switch, while I wasn’t thrilled to stay with AT&T, I wasn’t necessarily eager to join Verizon. First of all, its technology is far more limited than the near worldwide coverage of GSM phones. Second, you have to take a step backward in capability, since it can’t walk and chew gum at the same time. Meaning, you can’t talk and use data services at the same time. It’s not quite a rotary dial, but it does seem like a quaint, uphill both ways anachronism. But all their marketing talks about the quality of the network, and as you know, I like to have my own opinion about things based on primary sources. Plus, in the immortal words of Richard Pryor, it couldn’t get any worse. 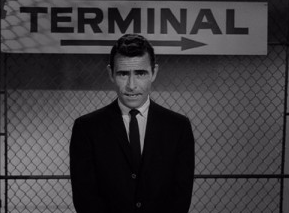 So I did it. The first thing I noticed was that iMessage didn’t work on the phone. I sighed with genuine hipster disdain, and figured this was a Verizon thing. I was very close to switching back immediately. But I was tired of dealing with those carriers, you really need to have a week’s worth of tolerance and good humor built up to handle them. Or whatever substances the valiant Apple Genius was on who was helping me.  So I just dealt with it. iMessage is a nice to have, when it works, but I got by just fine before it existed, so I decided to just let it be.

And then I began to notice it. First, the phone held the connection in my garage. This was quite bizarre. Previously, my AT&T service would cut out every single time. I got used to telling people I’d call them back in a minute, the time it would take for me to park and get to the front bay window in my loft, the only place to send a clear transmission, away from the asteroid field of dead zones in my home. For my phone to now actually work in my concrete and steel bunker of a garage was quite a surprise.

But it didn’t end there. Next, I noticed that the connection held as I walked through the hallway through to the parking entrance to my unit, and throughout my downstairs bedroom. This was surreal. I felt like I was in The Twilight Zone. If only I had actually sprung for the Rod Serling cardboard cutout I contemplated purchasing in college, and kept it in my bedroom all these years, the moment would have been perfect. Certainly, something decidedly creepy was happening, because every dead zone in my home had suddenly been reanimated in full Cinemascope Technicolor. It was one of those moments that you just don’t see coming. When everything you think you know about life and universe gets thrown out the window. 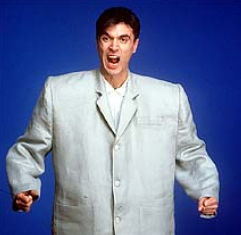 The next day was full David Byrne how-did-I-get-here mode. I follow similar paths through the city on a regular basis. It’s the reason I don’t play Foursquare anymore, it’s too unbalanced in favor of noobs, at least for creatures of habit like myself. The reason I bring it up, is that I’m used to my AT&T service sputtering out with psychohistorical predictability. And so it was, that morning, I was on my regular drive along Geary to drop my daughter at school, the Verizon iPhone held a call from start to finish. Without sounding like the other party was at Niagara Falls. Instead, the person actually sounded clear, like they were on one of those bulbous handset and base combination telephonic appliances from Downton Abbey.  Extraordinary. The day continued along this vein, in which calls held at decent quality down 101 and up 280. By the evening, I had passed through denial, and began to accept the impossible. That an iPhone can actually work as a phone in the United States. I know, it sounds like I’m asking you to believe in an old bearded man sitting in a cloud playing Populous with the primates below, but it’s true. I now believe.